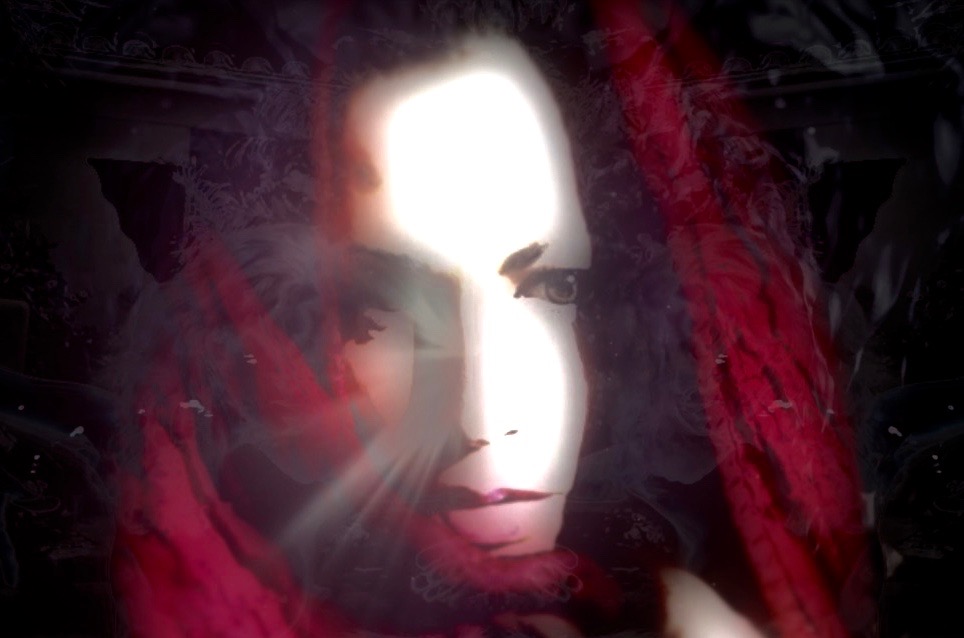 Kalista’s art is an aesthetic exploration of eros, mystery, and ascension. Through a deep movement practice rooted in the heart, she embodies multiple spectrums of the divine feminine, the cosmos, and beyond. She experiences the Dakini as infinite in her expressions, yet dimensionless. Through creativity, Kalista brings these abstract but perceptible energies to life.  Dance, music, dress, photography, film, and editing production become alchemical agents- turning energy into art. The resulting films and portraits pulsate sacred, other-worldly, and sensual emanations.

“All women on some level are Dakinis. Although the Dakini transcends gender, the feminine has a beautiful capacity to infuse hidden wisdom and treasures into her movements. Through her heart, she can bypass the literal mind, blossoming open love’s infinite dimensions.”


Kalista’s embodiment art was initially born through a sacred feminine movement meditation practice. In essence, this practice allowed the almost overwhelming oceanic feminine within to sweep, pulse, and ebb her to the core; surrendering her open as love’s emanation. The movement practice was gateway to wild and untamed feminine mysticism. The meditation and movements were a blend of Advaita Vedanta- non-dual meditation, which goes beyond the body and mind, awakening to ones knowing as Source; Jivanmukti Tantra, which enters the body and senses so thoroughly as to touch the Beloved as oneself; Bhakti yoga, the path of the heart and devotion; and esoteric feminine movement practices.


Daily for many years, she would begin the practice by intimately meeting the moment totally; feeling, moving, and giving sound to the subterranean realms of her heart and body. She found that behind everything that feels unbearable- even the deepest longing, darkest shadow, or collective pain- if one goes deep enough, beyond and through, one touches only love/the Beloved/Consciousness/God. 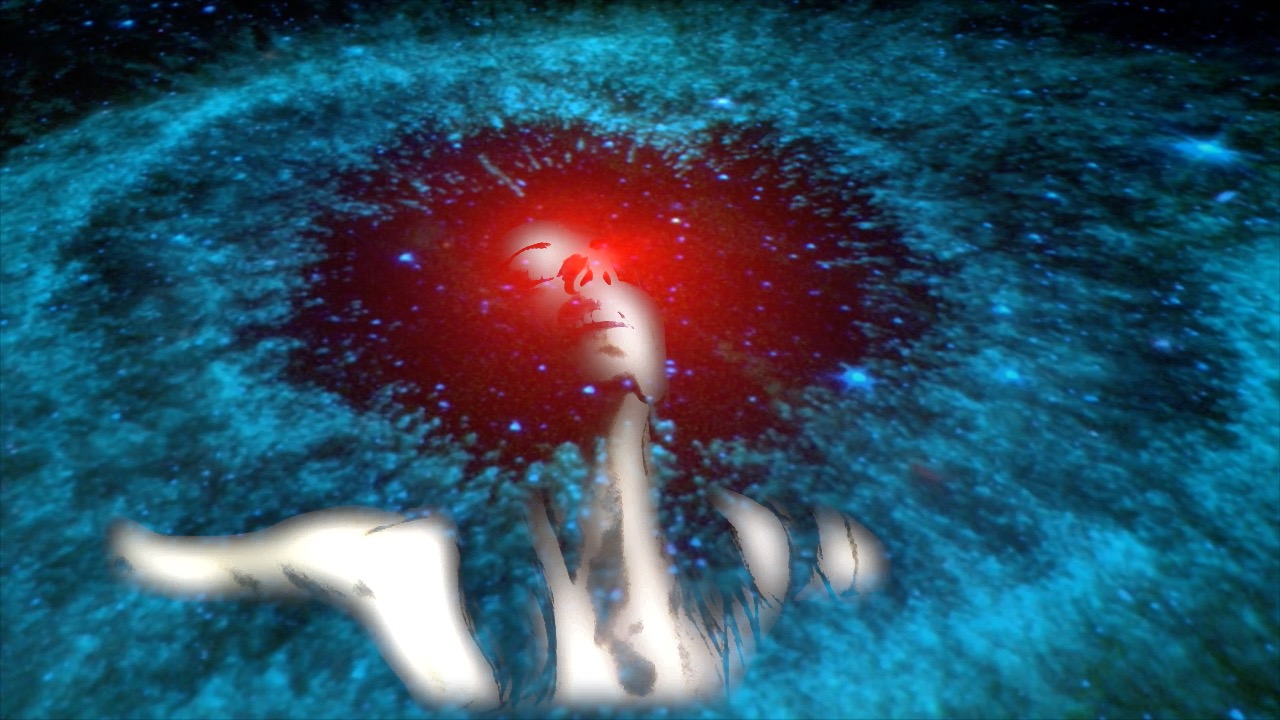 From this place of love she could turn many of the chaotic or contracted aspects of her feminine into flourishing expressions: eg. sensuous, dark, primordial, light, compassionately wrathful, watery, and much more. Kalista would gift these energies to her beloved through dance, costume, music and other art forms. The depth of his love and consciousness, could powerful witness and hold a sacred container for each energy to be fully seen, felt, and received.  He invited the sacred feminine in all her dimensions. Her beloved’s presence and capacity blossomed her further, inspiring more energies, which in turn lavished him, and so forth. They catalyzed each other exponentially.


What began as a sacred sensual devotional practice for her beloved, became transcendent in an unexpected way. The gateway to the Dakini is not a logical or linear way to awakening.

Shapeshifting through a multiplicity of expressions, the “person” Kalista thought she was could no longer could latch onto a fixed identity, and dissolved into “nothingness”; returning back to its Source. She felt concurrently fully in her body while diffusing into inexplicable spaciousness. She realized her essence, and all beings, in their pure unique expression- as the love affair between everything arising and the infinite abyss, simultaneously one as God.

Through this awakening, the movement practice evolved into trandimensional realties.  Each embodiment uncovered hidden treasures that unveiled spiritual qualities. Her beloved began to receive transmissions and visions through her embodiments. He experienced these as the Dakini. Like the “Space/Sky-dancer” Kalista felt just as much at home through the outer most stratospheres of Consciousness as she did on earth. She experienced the Dakini as liberating the personal and cultural ‘mind/body’ through love, beauty, compassionate wrath, and mystery.

Kalista’s art is inspired by the continued opening of love; the deep union with her husband; and the blessings and mystery of the Dakini. 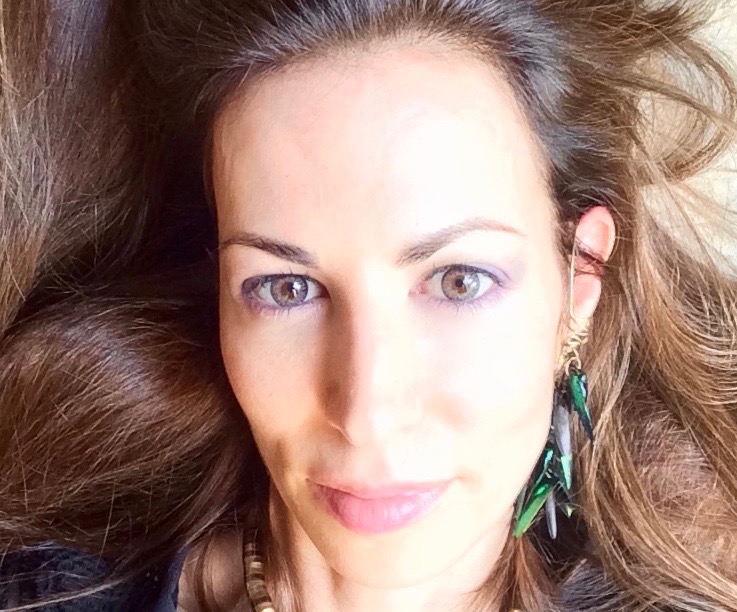 Kalista was born, “Elizabeth O’Rourke”, in Guadalajara, Jalisco, Mx., and raised in both the US and Mexico.  She currently lives in Santa Barbara, Ca. with her husband and puppies.

During this time she learned art as a language for the soul. This early education in intermodal approach with the arts (dance, drama, painting, poetry, etc) as therapeutic, was a journey of healing the disconnect with soul and cultivating creative capacity within life. During her education, she utilized the therapeutic skills of art to benefit people with developmental disabilities and children with behavioral challenges.

Kalista’s later education was within the art of relationships such as masculine/feminine understandings with David Deida, bio-energetic tantra with Dawn Cartwright, and sacred women immersions with Michaela Boehm.

Due to the sensual nature of her artwork, Kalista kept it private for many years. There is still much mainstream female objectification, even in spiritual circles. The feminine is often portrayed either hyper-sexually, shamed for being sexual, or one dimensionally. Dakini consciousness transcends gender; and has the luminosity to outshine these cultural limitations. 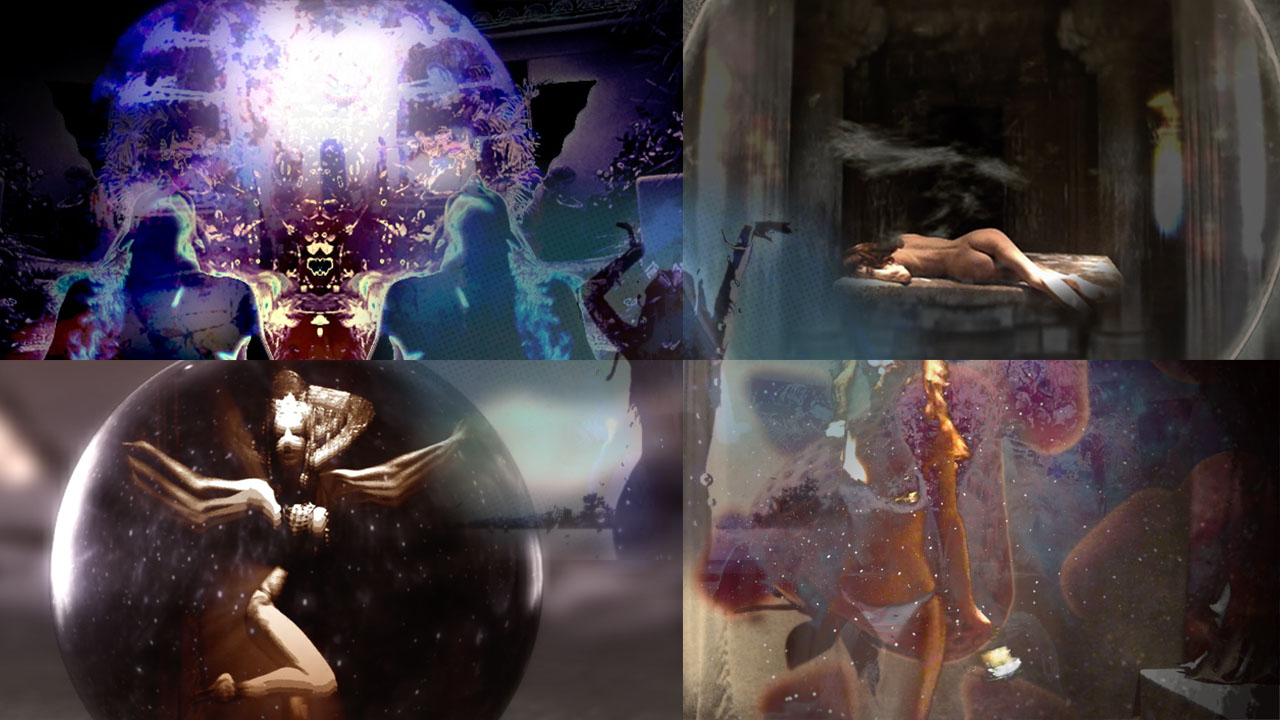 In 2016 Kalista felt the call to bring the artwork to a wider audience. Her artwork is featured globally through sacred sites such as Dakini as Art, Awaken and LoveTv.co.  Seeing the need for more venues that celebrate deep feminine expression, Kalista and her husband created She is Love.  They also founded She is Love Productions to film women to showcase their unique light. When women feel safe psychologically, emotionally, and culturally to sensually express what is true in their soul, this has benefits for all beings. She hopes this helps pave the way for women who yearn to express the depth and wisdom of their sensuous hearts.