We are happy to introduce a wave of new diverse creative talent to join the Dakini As Art collective!

An amazing and diverse group it is, once again.

In December and January we are introduced a series of works by three new artists to the collective:

Following this we are fortunate to feature come this latter January the work on great masters by the Portuguese painter Ines Pardel.

We would also like to warmly introduce once again our latest artists, launched this past summer 2015, painter Barbara Berry and singer Rigzin.  If you have not had a chance to experience their profound works, now is the time!

There will be a 10% special offer on the works of each of our new artists for the first 3 days of their galleries.

A minimum of 25% of all proceeds through Dakini As Art til January 31st, 2016 will go to support our ART for Blessings campaign launched December 2nd, 2015.

50% of all 2016 calendar sales this month will go to support our mother project The Yogini Project’s subtitling of the film Blessings this January 2016.

May the dakinis be pleased.

Later in 2016, the Canadian-born, UK based filmmaker Anika Mothersdale and Belgian dancer/actress Stephanie Van Vyve are lined up to join the range of artists featured in our dense, dakini layered galleries.

Let It Be: Creativity in the Moment by Zoe Redman 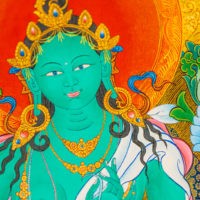 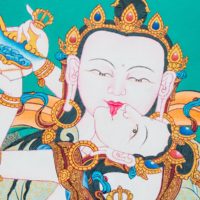 ART For Blessings
Scroll to top