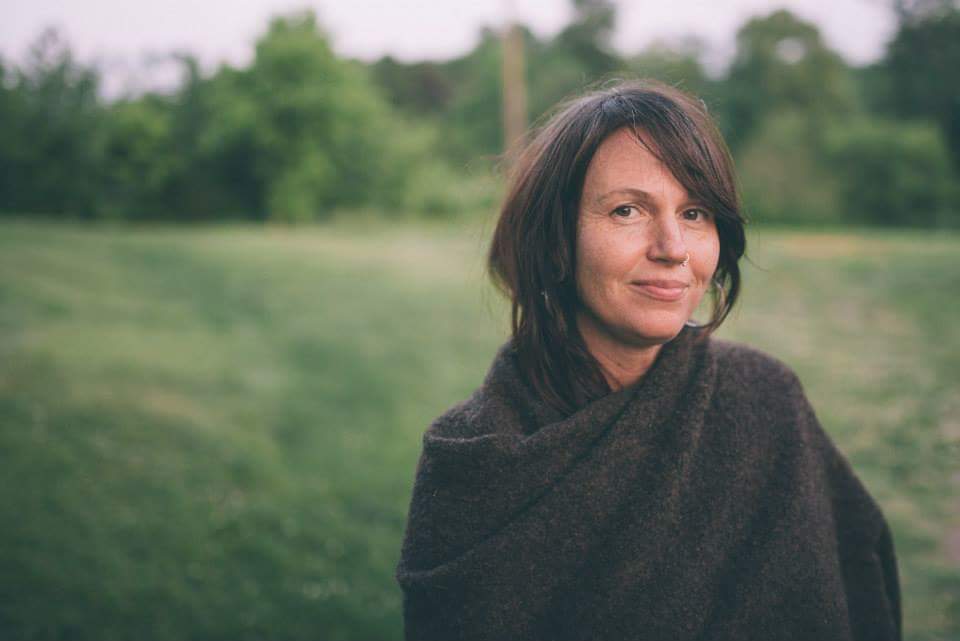 “By bringing my personal practice of mindful awareness to the work, I found gateways to the enlightened states of being and directly experieenced how these can reveal to us and align us with aspects of our higher selves. Both during traditional visualizations and while painting a deity, my body receives transmissions which harmonize my awarenss with that deity’s awareness.  I feel this awakened awarenss pervading all the aspects of my life – both internally and externally.  Through the art-making process, I enter in a relationship with the Dakinis. As I ‘make’ them, they are also ‘making’ me into them by awakeneing an awarenss which already exists within myself – that deity’s resonance awakens within me, like a note which has been silent until the musician touches the string.”

Kali Levitov is a transgressive Thangka painter, working from a place of stillness and deep listening.  She studied at Naropa University with Cynthia Moku, exclusively in the traditional way of thangka where, for almost three full years, she was permitted only to draw with a pencil and practice ‘inking,’ and finally, in the third year – to paint.  Kali embraces thangka work as a method for creating pathways for liberating feminine awareness across all of the world’s traditions. Thus, while her images and media are experimental, her internal practice remains deeply traditional and authentic.  She works primarily with acrylic, gouache, and natural pigments on canvas, hardboard, and cotten paper.